When configuring unicorn for my rails app on an Ubuntu 14.04 server, an error suddenly occured to me. When running sudo service myapp restart, which is basically a unicorn script for start serving my app, it tells me the following message.

After digging into this issue, I found that the my unicorn script is located at /etc/init.d/myapp, which uses global gems as default. Since it runs my app, it is more reasonable to make it use the Gemfile in my application project.

The command in the config file looks like this:

Thus it took me some time to find out that we can specify a Gemfile when using bundler, which is exactly a solution in this case. I added the BUNDLE_GEMFILE variable and it went well again.

This variable can also be specified in command line:

Hope this solve some others' issues too!

Minitest Setup for Rails GORM: A Simple Guide on CRUD 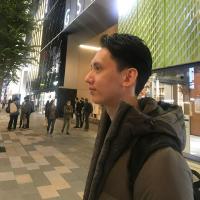